our opposition to the plan

our opposition to the plan 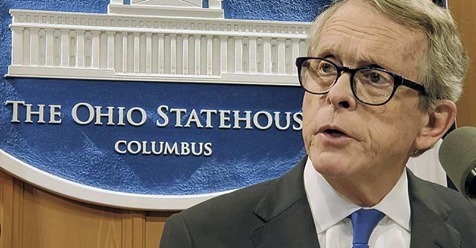 introduced his 17 pt plan for a STRONG Ohio.

It is NOT a strong gun violence plan !

It is a complicated bill about sellers of guns, hospital evaluations,  protecting gun rights, and  increasing penalties/punishments.

1. does NOT remove any weapons from those in crisis

Instead it removes the person for a 72 hour evaluation , the gun is still in their possession until a court rules otherwise. The court  request is submitted by a doctor.

2. does NOT mandate background checks for gun purchases

3. does NOT mention assault weapons or large capacity magazines

The Dayton shooter had a 100 round capacity magazine.   Regulating magazines would make a difference in mass shootings.

4. does NOT address suicide prevention  (other than forced treatment and institutionalizing people) even though the majority of gun deaths in Ohio each year are suicides

5. does NOT address domestic violence

6. does NOT prevent angry people from accessing guns

7. does NOT address community violence except to increase penalties

8. DOES NOT TALK ABOUT GUNS

OCAGV believes that increasing mental health care  is always important  but  we object to  stigmatizing  those with a mental illness .  Those who have this kind of illness are not the cause of gun violence. Mental Health should be addressed separately from this plan and bill.

OCAGV opposes this approach based on process. Gun Violence is a public health crisis.  The relationship between crime, suicide, domestic violence and guns needs to be addressed  not avoided. We know the gun is the common denominator and they can be regulated. For the Governor to claim his optional steps are a gun safety plan  instead of really doing something is an insult to all of us that have lost a loved one because of the easy access to weapons.

We will keep you updated on the next steps for a safer Ohio.